A living history and cosplay photographer has taken his first steps in front of the camera in costume… and they are massive and groundshaking steps.

Dave Sinclair, 56, commissioned a Rogal Dorn suit inspired by the character of the iconic tabletop wargames brand Games Workshop from designer John Davis in South Wales six months ago. “Rogal Dorn was the Primarch of the Imperial Fists Space Marine Legion and one of the twenty Primarchs created by the Emperor in the earliest days of the Imperium, just after the end of the Age of Strife,” he said.

Sinclair told The Costume Rag that seeing the ever-growing standards of cosplay costumes at conventions inspired him to finally take part. “I have taken many photographs of cosplayers over the years and I was always in awe of them. The detail that goes into creating an amazing-looking costume always sticks with me. Each time I attended a convention I saw better and more advanced costumes, especially with the help of 3D printing,” he said.

“I often thought if I were ever to become a cosplayer who would I choose and that sat with me a long time. At the end of January I saw an image of a model of Rogal Dorn and immediately thought that would look ace as a costume. The detail was insane and I thought to myself that I had just found my costume to model myself on. But it struck me that this needed to be made professionally. Who could I ask to make me such a costume?”

“I had heard of the very talented John Davis, known as the ‘Foam Wizard’, and checked out his EVA foam work and instantly thought there is the guy to make me my costume. I contacted John and we discussed the level of craftsmanship that is required to base a costume on Rogal Dorn. I gave John total freedom and creativity to make the power suit based roughly on the Rogal Dorn model. John has various templates he prints off and uses paper to create a draft look which is then laid onto foam and cut. This process alone is very long and boring but once all of the items have been cut out and laid out you get to see how it will look and that is exciting.”

In homage to the Games Workshop brand whose paint colours bear such names as ‘Slaanesh Grey’ and ‘Nurgle’s Rot’, Sinclair said the cosplay classic armour material of EVA foam was assembled with “hot glue of doom”.

Sinclair kindly gave The Costume Rag the images documenting the construction of this legendary suit that are displayed below so you can attempt to deconstruct such an immense project. They show every detail of the armour like the individual feathers of the eagle motif cut from foam and assembled painstakingly together.

“As you can see from the various making of images you can see the level of detail John goes to in creating the various parts. My favourite piece is actually the jetpack, I love it. The heaviest bit of kit to carry is the cape made of 32 feet of yarn. There are a total of 12 clips around my body which are required to hold all of the bits of kit in place and of course I can’t get dressed on my own so my wife Karin helps me.”

Price of a Small Car

While Sinclair would not reveal the actual cost of the commission he admitted that it could buy a small car. The Costume Rag asked how he justified the expense. “Well I have little luxuries, I drive a 14-year-old Mercedes 320 estate. I don’t smoke, and rarely drink. I buy the odd Playstation game every now and then so this is a real treat to myself. I couldn’t have made it to the standard John has,” he said.

Sinclair’s treat was clearly well deserved given some serious health problems that meant adapting the original design and has caused criticism among Games Workshop devotees. “Some Warhammer fans have been having a pop at me regarding ‘T Rex arms’ but due to a major shoulder problem I can’t move my right arm behind me and have major problems having weight on it so light armour on the arms it is. The haters can whinge about the arms but at the end of the day its about me feeling relaxed in the power suit and not take it all to seriously. John has done a fantastic job. I’ve been so excited about picking up the costume and wearing it for the first time I could hardly sleep. It’s almost 8ft tall and involves stilts so my wife Karen has to help me get into it, but putting it on for the first time felt absolutely epic.” 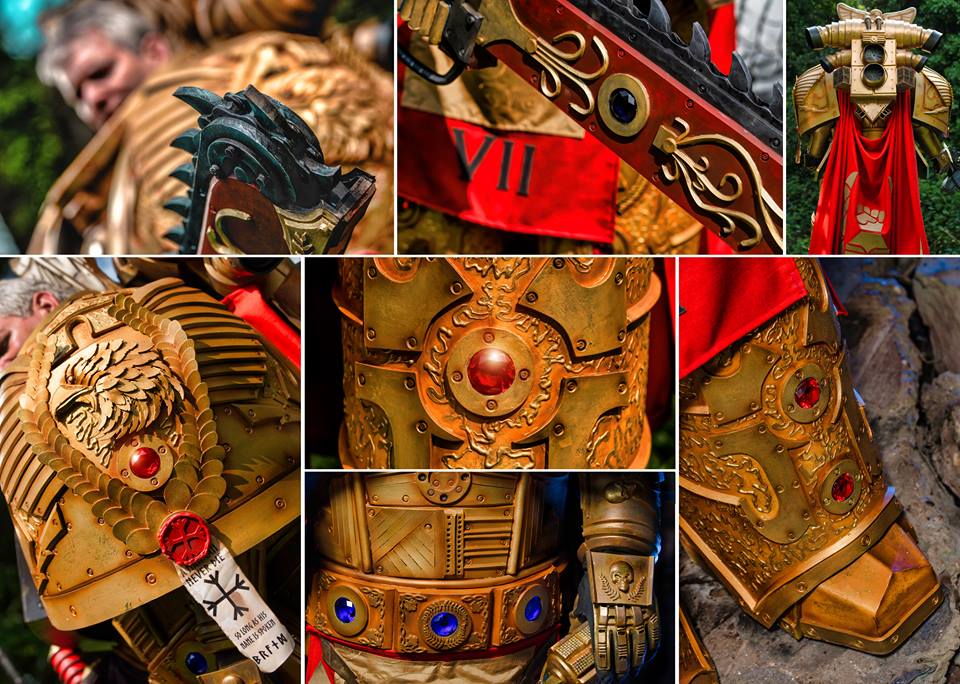 As ever cosplay is an ongoing process and no outfit is ever quite complete, hence when asked by The Costume Rag if he had plans to expand on the project Sinclair said “since the images were taken I have raised my pauldrons four inches and hung them better so come this weekend they will look a lot better. I am very happy with the way it looks now and don’t want to make any further changes or expand on the project.”

So why has Warhammer has remained such a powerful, global brand that still inspires such passion? “Good question – and I think it’s so many different reasons,” said Sinclair. “The stories are very cool. The models and painting them is an awesome part of the Warhammer experience and then of course there is the table top gaming experience. It appeals to different people for various enjoyment reasons. And now with the release of Warhammer Adventures: Tales for Younger Readers, young children aged 8-12 can start to learn of the exciting world of Warhammer. I personally don’t play the table top game but I do have Warhammer on my PS4 which I enjoy playing. For me the whole thing is having fun and I seriously look forward to walking around at future comic cons and meeting other cosplayers.” 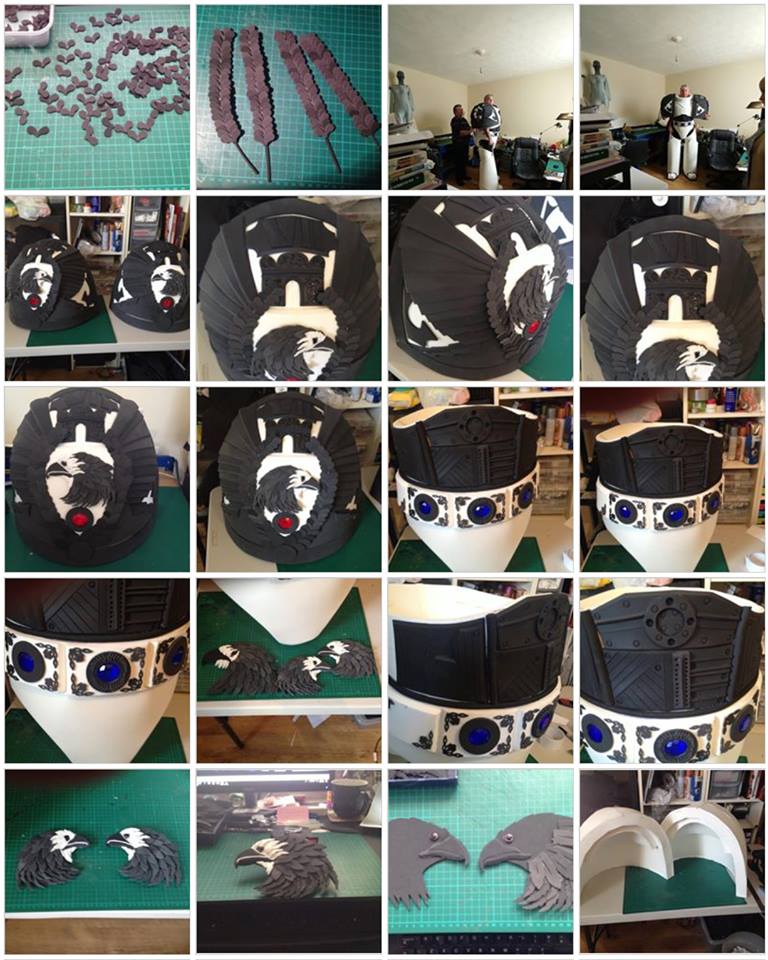 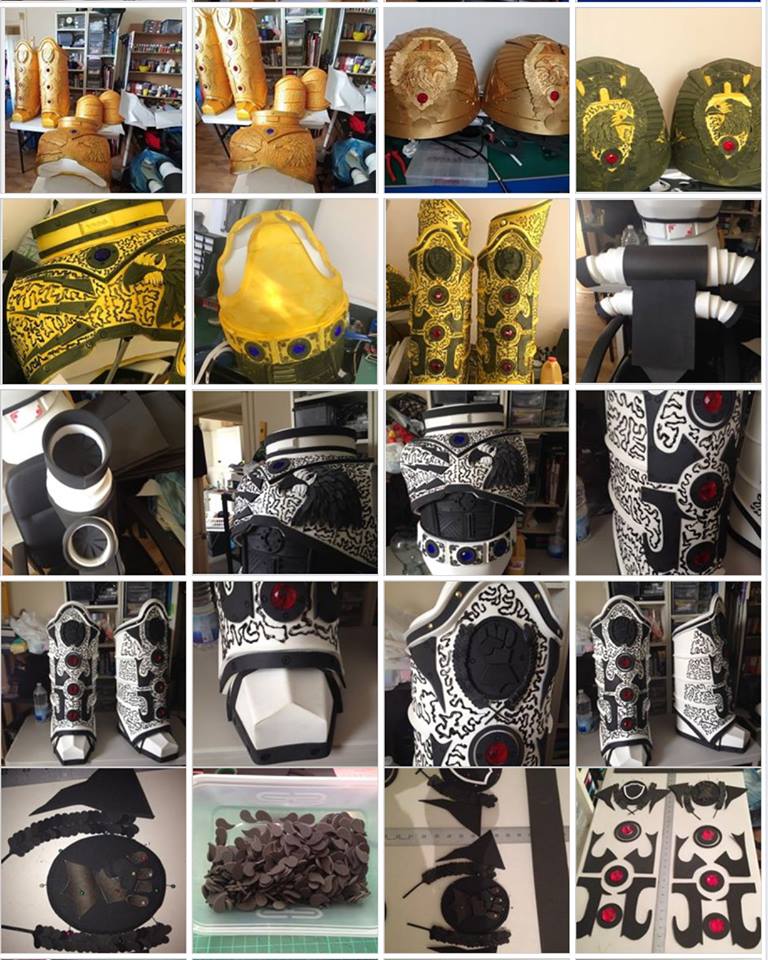 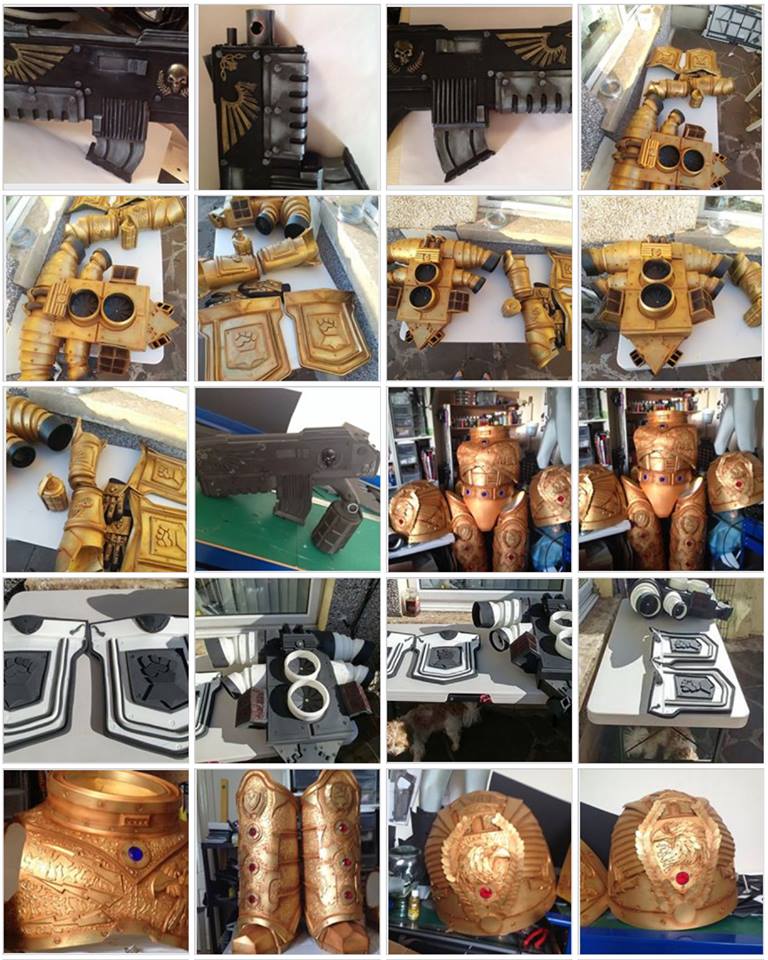 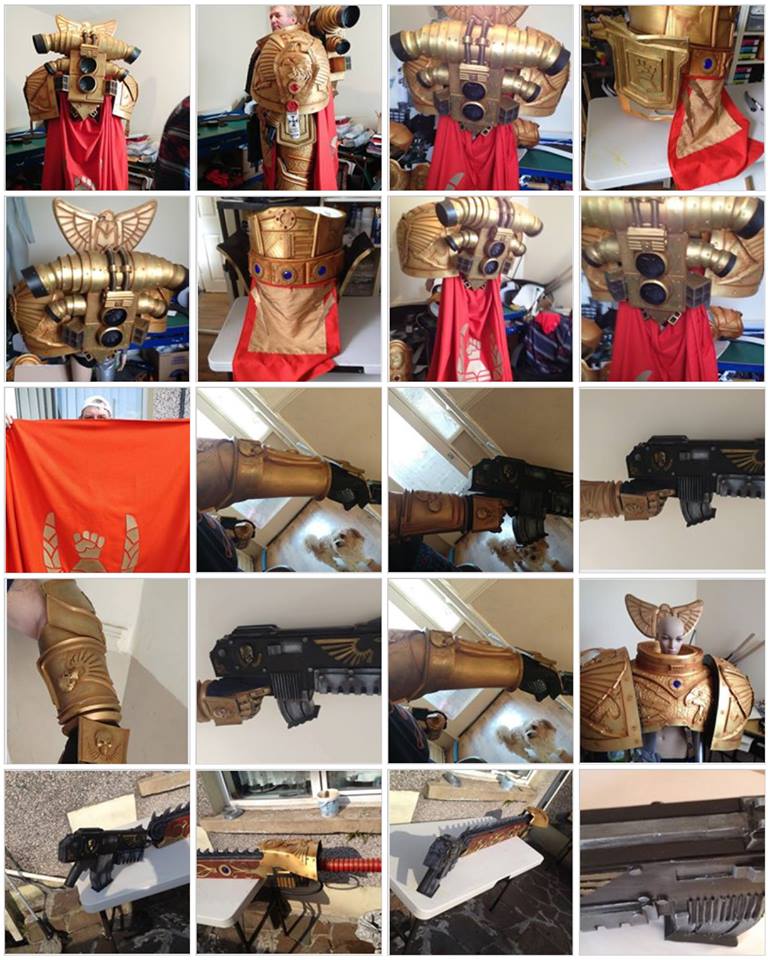 The Joy of the Bob Ross Costume

Arrrn’t These the Best Pirate Costumes?