A group of costume interpretation students stunned London’s Comic Con by turning up as historically-accurate versions of Disney characters. They met at UAL’s Wimbledon college on one of the UK’s top costume courses on making historical garments and adapting them for theatre and screen and – despite the incredible skills shown by these costumes – have only just finished their second year.

“It was a combination of our love for Disney and obsession with historical dress that led us to choose our characters and pair them either with the original era the tale was from, or the time in which the cartoon film was set,” Eleanor Parkes (Belle from Beauty and the Beast) told The Costume Rag. “It was also a massive excuse to make something that wasn’t university work!

How much preparation was involved in making your outfits?

“Quite a lot of prep was done – we all have a pretty good knowledge of historical costume but looked further into the specific era of what we wanted to create. Natural fibres were used where they could be but in some cases we had to compromise on what we could afford to keep costs down. Most people tried to get the best materials we could on our budget and then dyed them in the dye lab at uni. Thankfully we have access to all the equipment there – I would not want to try and dye 16m of silk at home in the bath!”

“A lot of hand stitching was done – eyelets on stays were whipped with linen thread and hems on top skirts were finished by hand but unfortunately due to time restraints we had to turn to more modern, theatre-based techniques we’ve learnt on our course. If there was no deadline however I’m sure most of us would’ve hand sewn most of our costumes!”

What was the reaction like at Comic Con? What about on transport?

“We got nothing but positive reactions from everyone wherever we went on the day. It was really lovely to have such amazing feedback from the public and we got stopped on countless occasions for pictures. A big worry was that our characters wouldn’t be recognised but thankfully most people did despite some big differences in our costumes to the cartoon originals. It was great to be appreciated for our skills and effort! Also, there is nothing as awesome as small kids recognising you and wanting pictures!”

What difficulties did you face making and wearing the costumes?

“Time pressure was our biggest difficulty when making the costumes. We were all juggling uni projects and work placements so it was tough fitting everything in and making to a standard we’d be happy with. The day of Comic Con was really hot and humid so the novelty of being on the tube in period dress wore off pretty quickly. Multiple layers, huge skirts and corsets weren’t easy to get used to when you’re used to the freedom of modern clothing! Only one person changed out of their costume as they were travelling home alone, otherwise all of us stayed in full costume from start to finish – apart from shoe changes.”

“We’re all pretty used to researching for university projects, so we tried to identify the time period we wanted our character to be from, either when the original story was from, or the setting for the film, and started there. I think everyone made use of studying portraits from the period, any photos of extant garments and our standby books by Janet Arnold

– and other than sticking to Belle’s colour was quite free with how I interpreted it. I tried to be accurate as I could to the period I’d chosen rather than the film and this directed how I did my hair and makeup as well.”

“I first looked at the cartoon and then other people’s recreations of Ariel’s pink evening dress to get ideas,” said Hannah Curtis. “I decided on the 1860s era due to the sheer volume of the skirt and off shoulder neckline seen on the animated dress. I looked at fashion plates, surviving dresses and fashion history and pattern books to narrow things down – keeping with the pink and white colour scheme and dying my hair red which was done in a Victorian fashion on the day to make myself recognisable as the little mermaid. I wanted to recreate the original costume as an 1860s evening dress whilst still keeping some aspects of my chosen character.” 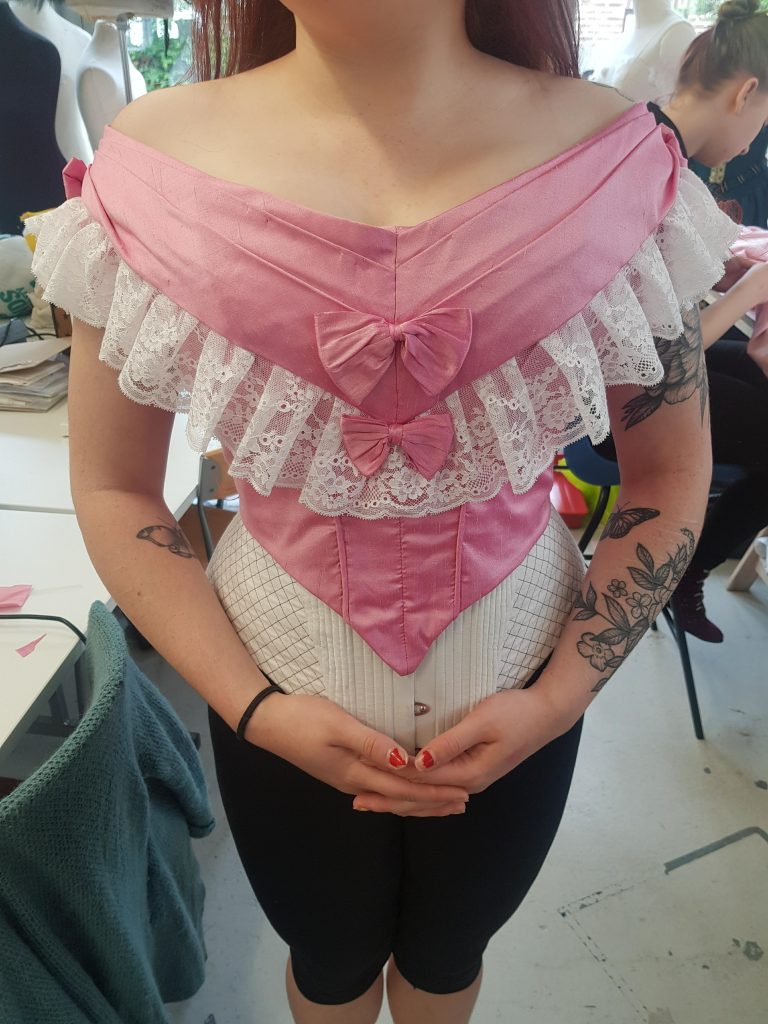 “I started looking into Aurora and Sleeping beauty as a whole film,” said Saskia Daw. “I found the film is set in the 14th Century but the costumes match the 15th Century much more accurately.” 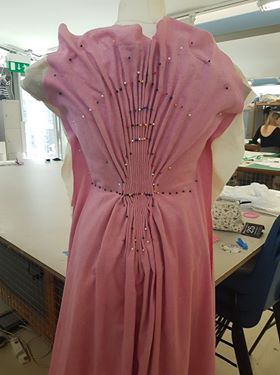 “As I found using the 15th Century as a foundation worked well to emulate the original design I looked at paintings like the Arnolfini Portrait by Van Eyck.” 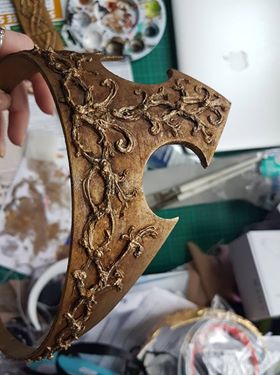 “Sadly, I did not have time to forge a crown, necklace and belt from actual metal so I took to more modern techniques – namely 3D printing. Particularly for the belt, I looked into the shape of similar medieval and 15th Century styles and mocked up a print. The crown and necklace were open source files from Thingiverse.com which I then embellished.”

“The research for my Mulan was a bit difficult because of the limitation of accessible source,” said Annie He. “Since I’m not in China I couldn’t go to museums to see actual historical garment, which would have been the most ideal way of research for me due to the lack of visual documents online. I started with the original Mulan story and figured out the time period. Then it was research of the literatures during that time. There is a fair amount of written descriptions of the garments in literatures and I basically based my costume on those descriptions as well as a few sculptures from that era. Construction wise, I researched tutorials of Hanfu – the type of traditional Chinese garment Mulan would be wearing back in her days. Even though the overall shapes of Hanfu changed through the dynasties the basic construction are similar, and I tried to do as much hand stitching as possible.” 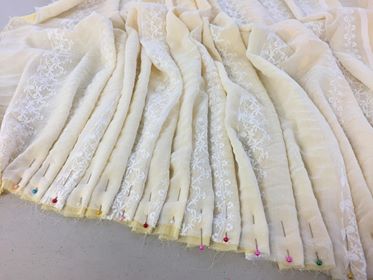 So how do you think historical costume and pop-culture cosplay relate?

“I think they do relate, but most of the influence is due to the costume that is already there,” said Parkes. “The main body of the influence will come from the costume already designed for the production, and generally the level of historical accuracy and inspiration will come from that,” said Parkes. “For example, most Belle dresses are recreations of the film costume even though it has no resemblance to anything from 18th-Century France. I think you’ve got to have a real interest in historical dress and a drive to seek out and make something that has a level of accuracy in order to start doing something different. I do think this is changing though!” 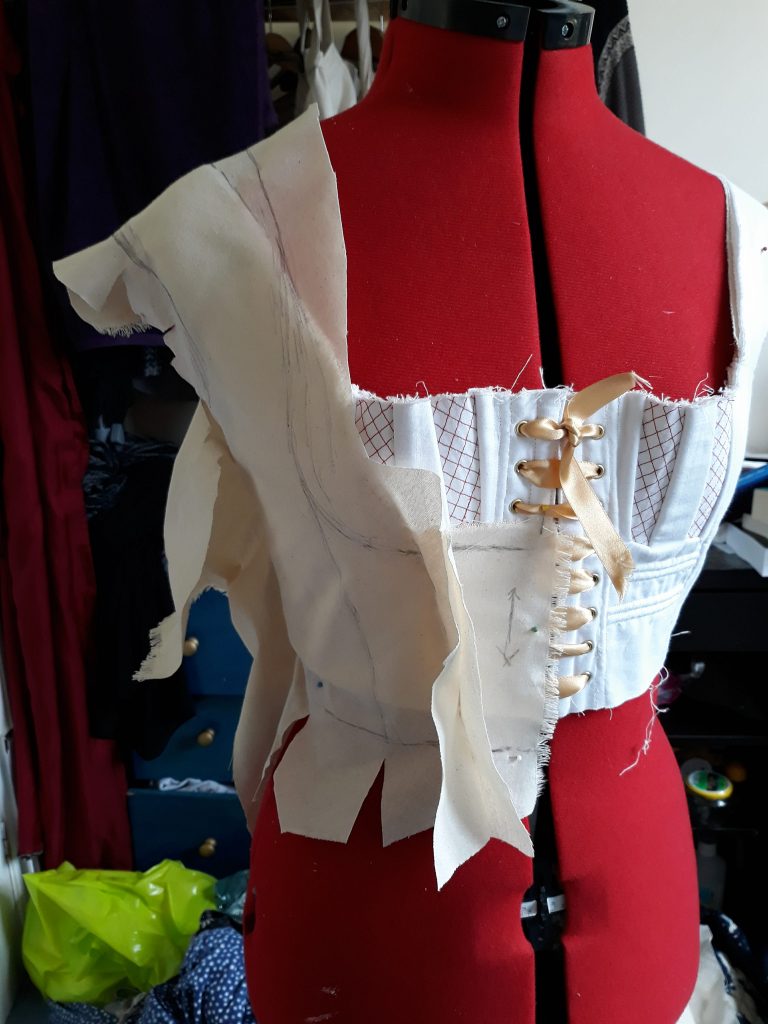 “While I was making my costume, I did keep an eye on other people on social media doing the same thing. I think that with the massive amount of information available online and with new publications such as American Duchess