“I hate that we have become such a throwaway society with these cheap costumes everywhere. It is so wasteful,” said costume designer Debbie Rowles whose New Zealand-based costume hire business was drowned by a burst water pipe in May.

Level 13 Theme Rooms and Costume Hire in Rotorua was started by Rowles – whose TV credits include TV hits The Bill and The Inspector Lynley Mysteries – and her husband Jeff, a special effects make up designer.

Their emphasis on sustainability doesn’t end with costumes. Items of furniture were damaged that were waiting to be ‘upcycled’. Before the flood Rowles revealed this line of aprons “embroidered locally by The Embroidery Company and sourced from Jack Dusty who imported them from Free Set Global that frees women from the sex trade in India and provides them with work,” said Rowles.

“It’s a big fat mess,” owner Debbie Rowles told the Rotorua Daily Post this week. “Basically every single thing that was in a box on the floor is ruined. If anything had dye, the colour’s run and contaminated everything else… We have had to get rid of everything that has got mould. The long dresses [hanging], they sucked up water too. I have got stuff from Xena and Hercules and the TV shows, so some of that is ruined.”

Rowles’ biggest client is the Hobbiton film set, now a visitor attraction, where The Lord of the Rings was filmed and she has supplied both staff and visitors with costumes for the last 13 years. “Basically the first thing we pulled out after the flood was all the medieval and Hobbiton stuff,” she said. 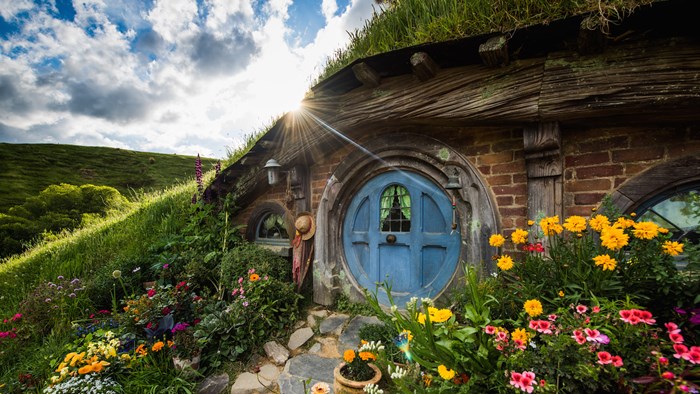 This flood – which also cost every vintage handbag she had in the collection – was the second in Rowles’ hire career after a flood at her previous shop Victoria Grove Costume Hire.

“There are 700 items on the loss sheets now. It just goes on and on. Yes we have got insurance, but the costumes are considered second-hand goods so we will not get the total repayments to replace them.”

“All the walls have got to be cut. Everything’s got to be re-stencilled. All the fire doors have blown. Twelve doors, gone. I was ready to walk away from it all when it was all so stressful. I have aged 10 years in three weeks.”

But like every costume designer in this unrelenting industry Rowles in undeterred. She intends to open in July, just weeks after the devastating flood. 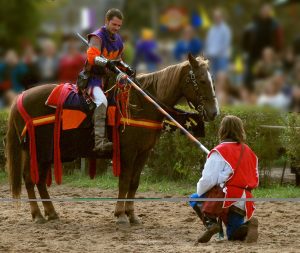