Since his live-screen adaptation back in 2016, the infamous mutant Deadpool has found himself back into the zeitgeist; and with that, an endless array of interpretations of the Deadpool costume have began to pop up, from the absolute pinnacle of screen accurate outfits, to the budget-friendly morph suits; extra tight & extra cheap! (Now we’re talking)

You know Deadpool? The Merc with a Mouth, the Arrogant Avenger, the X rated X-Man… you get the picture. (Oh stop it!)

Now drop that f****** chimichanga, and go check out these amazing costumes, they will blow your socks off!

Costume no.1 – The Cuban Deadpool Costume

When do I mean by the Cuban? I’m talking about the Gold Standard outside of screen worn. This Deadpool costume suit looks, feels and smells like the real deal! (ew who wants that?)

Described as having been made from screen accurate proportions, this sweet set piece is crafted out of full genuine leather, and includes all the accessories, right down to the freaking sweet katanas – obviously not real. And whats more, this is 100% tailored to fit your individual dimensions. Gold Standard baby!

Found in a partially believable parallel world where Deadpool crossbred with Charlie’s Angels…or The Power Rangers.

This feminized alternate costume is just as professionally made as the Cuban, if not for this kick-ass splash of hot pink! The provided image simply cannot do it justice. This cosplayers pink dream is made by the same talented designer as before, and so does come equipped with all the bells and whistles from before, and is also 100& tailor made.

With those steely eyes capable of stealing the love out of everyone in the room, this mask is quite simply, one of the finest pieces of headgear this side of the MCU. constructed out of a urethane mould, built for comfort, this piece is made out of CRC fabric, which is the go to material for qualified cosplayers; hence the high price tag. This Deadpool costume accessory can be worn on top..or underneath anything for a seamless array of alternative costumes; the more irreverent, the better!

Costume no.4 – Kiss my Love Grenades

Not a costume per say, but a great accessory that cannot be ignored. hand painted fake grenades that when pulled, release a noise and red flash of sorts. Obviously not for the public stage, but for photo shoots and contests – these are just great for adding a little authenticity in making the sociopathic anti-hero a little more well, sociopathic.

Deadpool in white? what is this, Comrade Pool? no no, this is the genuine X-force variant costume, plucked straight from the comics.

Forgetting the Asgardian hammer in this picture, the X-force was a spin off X-men team, with Pool as its leader. Forget the DIY version in Deadpool 2, this team was formidable, and deadly; enough to label itself as a major threat to the enemies of mutantkind.

Made out of leather, Lycra, spandex and cowhide, this suit is all 5o shades of awesome! despite the lack of an iconic headpiece,this suit will feel as if it were made for a crime fighting mutant!

Costume no.6 – Windows to a Kawa’ii Soul

They say the eyes are the windows to the soul; and Wade Wilson is one deluded soul. And now anyone can emulate his emotions with this excellent, professional grade mask…with magnetic lenses to switch out his somewhat limited mindset.

Angry, determined, surprised…horny.. Whatever be required, these lenses can convey it! Built using neodymium magnets, these suckers are mighty powerful, and will not easily budge. The mask is also of a rich quality, easily identified as a dedicated cosplay headpiece.

X Force is back, this time in a gleaming, factory fresh condition. Crafted out of an equal blend of cowhide leather & Lycra, this pristine alternate arctic enabling uniform is of a premium build and design. materials can be changed/altered to the wearer’s specifications, switching to faux leather if necessary. This XForce set would make a great addition to any die-hard fanboy, or girl.

As much as there is nothing wrong with the original headpiece, it needs a certain..woman’s touch, and this is where you get started.

Built out of your choice of high quality fabric, or the premium option of CRC Fabric; the stuff that professional cosplayers use for the costumes that win awards, and wow crowds! This headpiece features a hole at the top, in order to extract your own hair, or to install a fake wig of your choice (We all cannot be blonde goddesses)

The ladies have a Deadpool costume of their own, or at least they will with this exquisite hand-made alternate costume. Modifying the original outfit to stand out among the male ‘Pools, this fetale variant comes equipped with a more bolder shoulder design, and a large military style bandolier strapped across the chest; lending the suit with more purpose as an ordnance carrier/grenadier. the bandolier matches the utility belt, which has also been beefed up a tad; offering a more brutal approach to being the perfect hit-woman.

The last and final costume is well…its a tailored fit for sure! Nothing screams a Halloween party like a superhero in a Deadpool suit, and this one is a cut above the rest. Different sizes can vary, which means nobody is left out from a tight fitting suit of such high calibre.

Epilogue – A Deadpool Costume for our Times.

So there you have it, there are only some of the most sexiest costumes this side of the internet. Deadpool is an iconic anti-hero, beating out Wolverine, Red Hood etc, and emulating the best of this character requires true commitment to the Red ‘n Black. However, what truly makes this character infamous and therefore, mega popular, is his satire & irreverent, and often, vulgar, wit. And this requires total improvisation and invention, something that hasn’t been seen before, something that stands out from the crowds at Halloween, or Comic-Con. Only then will you truly become a Deadpool for our Times. 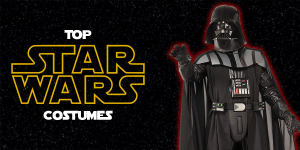 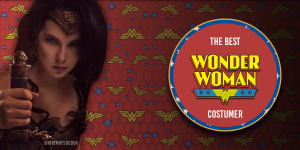