Lorenzo Lotto’s portraits came to life from their quiet temporary exhibition at London’s National Gallery on December 7 in an immersive collaboration between upcoming acting and costume-making talents.

Third Year students from Wimbledon College of Arts’ renowned Costume Design and Costume Interpretation courses recreated the Renaissance costumes for students of The Academy of Live and Recorded Arts, who paraded around the exhibition in character for the one night.

“Working with portraits from the Lorenzo Lotto exhibition currently being held at the Gallery, the students have created a costumed performance presented in the galleries against the original portraits,” said course leader Kevin Freeman. 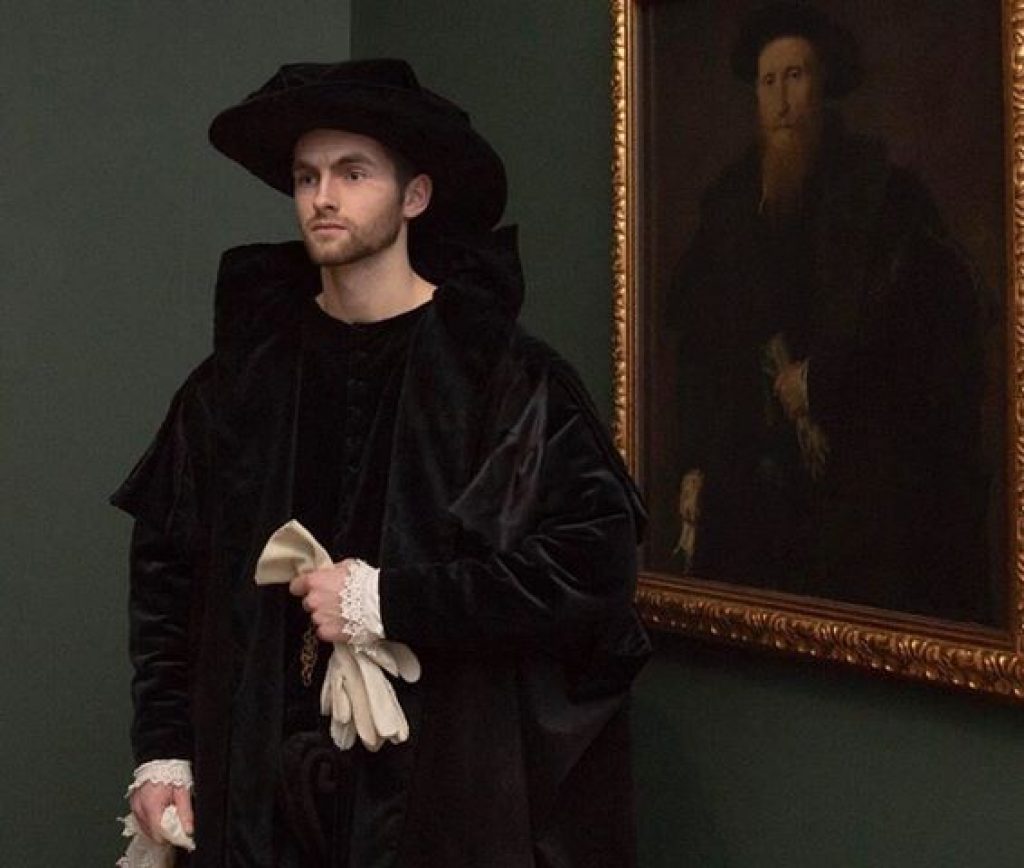 “Design students have responded to the artefacts included in the portraits to create dramatic and contemporary interpretations of the Renaissance themes; whilst Interpretation students have responded to the historical dress, detailing and silhouette within the pictures to create beautifully constructed and embellished realisations of the featured garments.”

Laura Quinton, Campaign Manager at the National Gallery, told The Costume Rag the collaboration was “a wonderful opportunity for the National Gallery. The costumes created by the Wimbledon College of Art students were beautifully designed and executed. They brought the paintings in the Lorenzo Lotto exhibition to life, complemented the costume and jewellery already in the exhibition and allowed visitors to engage with the paintings in a new way.”

The BA in Costume for Theatre and Screen at Wimbledon College of Arts introduces students to professional costume-making for theatre, film, television and live performance. It is hailed as one of the leading academic and practical courses in historical costume.

Aly Spiro, Head of Acting at the ALRA, told The Costume Rag “The opportunity for the ALRA students to collaborate with the Wimbledon College of Arts students on this Lorenzo Lotto project surpassed all my hopes and expectations. What I witness was a coming together of three art forms and and journey to allow each one to compliment and support the other two.”

This crucial collaboration of different fields of creative art gave both parties a greater depth of understanding in an often fragmented creative process. “For the acting students it was incredibly important for them to see and understand how these amazing costumes were created. How much, work, love and commitment was involved in these wonderful creations. Likewise I felt it was so important for the Wimbledon students to be able to work with the actors and understand that an actor is a living, breathing, creative person who needs to not be restricted in their work by a costume. They all appreciated each others works and the dedication to it,” she said.

Costume Interpretation student Deborah Wilkins told The Costume Rag “Working in collaboration with both ALRA and the National Gallery was an honour and a privilege. It has been an amazing opportunity to forge new contacts that we normally wouldn’t have. We have all had the chance to see our work through many different perspectives, the actors have influenced our costumes and we had the chance to share all of our research and knowledge with them. The National Gallery has given us a fantastic platform and painter to be inspired by. It has been an invaluable experience that I will never forget!”

Wimbledon College of Arts alumnus Charlene Braniff called the event “an exquisite collaboration from all creative souls.
Incredible talent and outstanding craftsmanship – the accuracy & attention to detail, has resulted in modern-day characters merging seamlessly with a bygone era. The epitome of magic, where characters literally stepped out of the canvas!”
Kate Dodds said “I feel that the event was a great collaboration for me. From working with a trained actress, it meant we could discuss the character and what actions can be brought into the performance. Also making sure the fit and styling was right for the event and mood of the piece. Overall all of the costumes created looked stunning and were brought to life by the actors that inhabited them.” 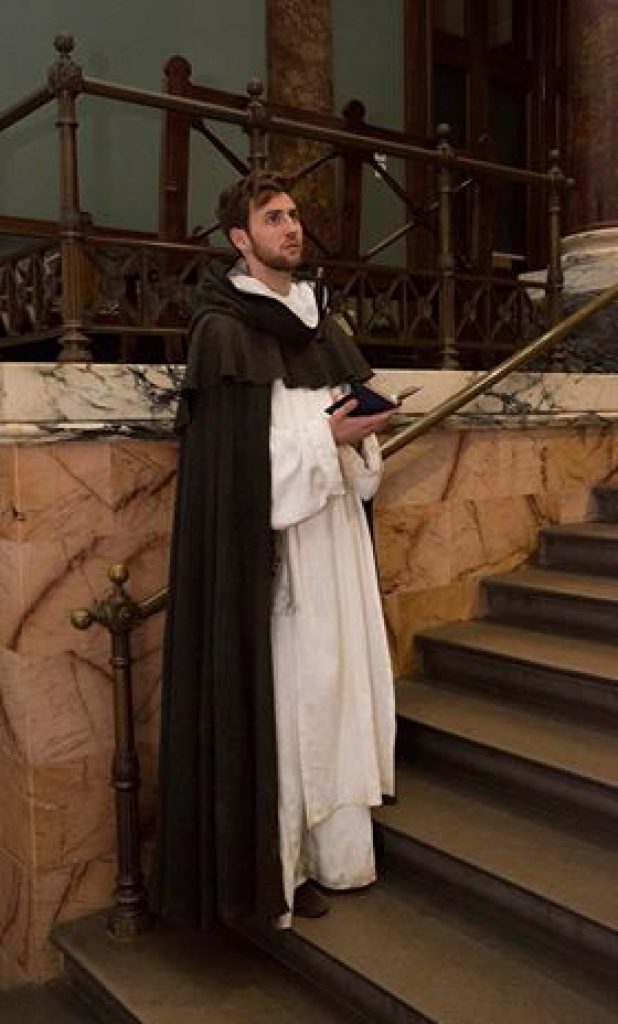 Twan Lentjes remarked about his Friar costume (above): “I loved breaking down the costume to give it more life and a story of the possible journey the friar had made. Also the prop dagger and cleaver was great fun to realise.” 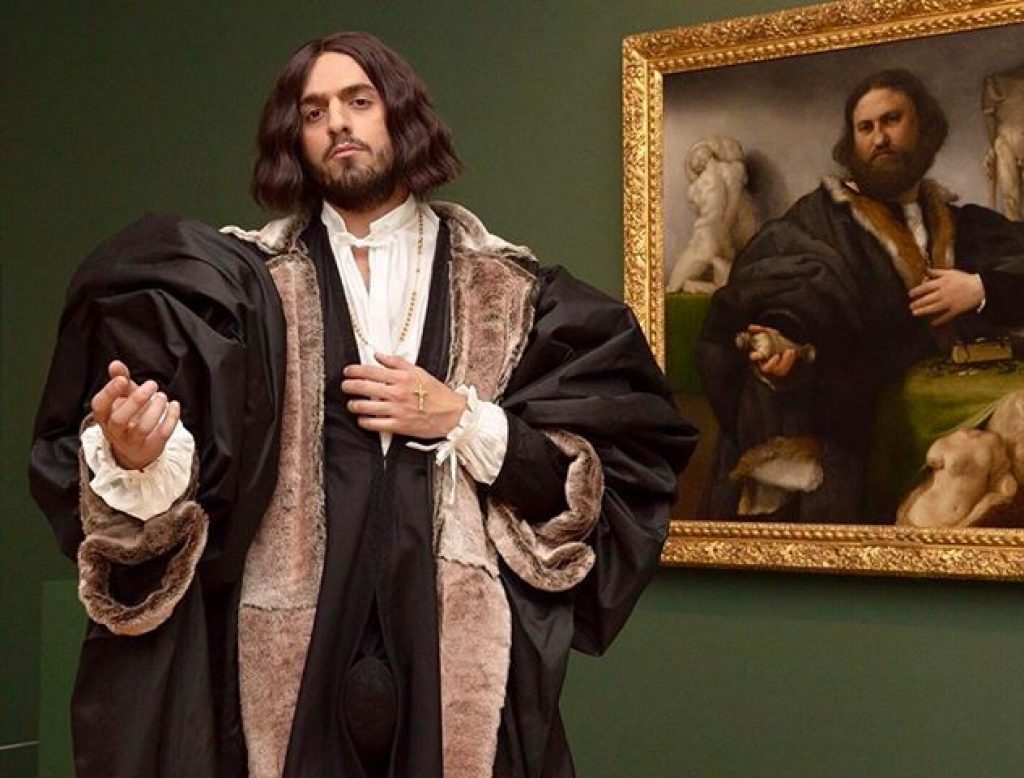 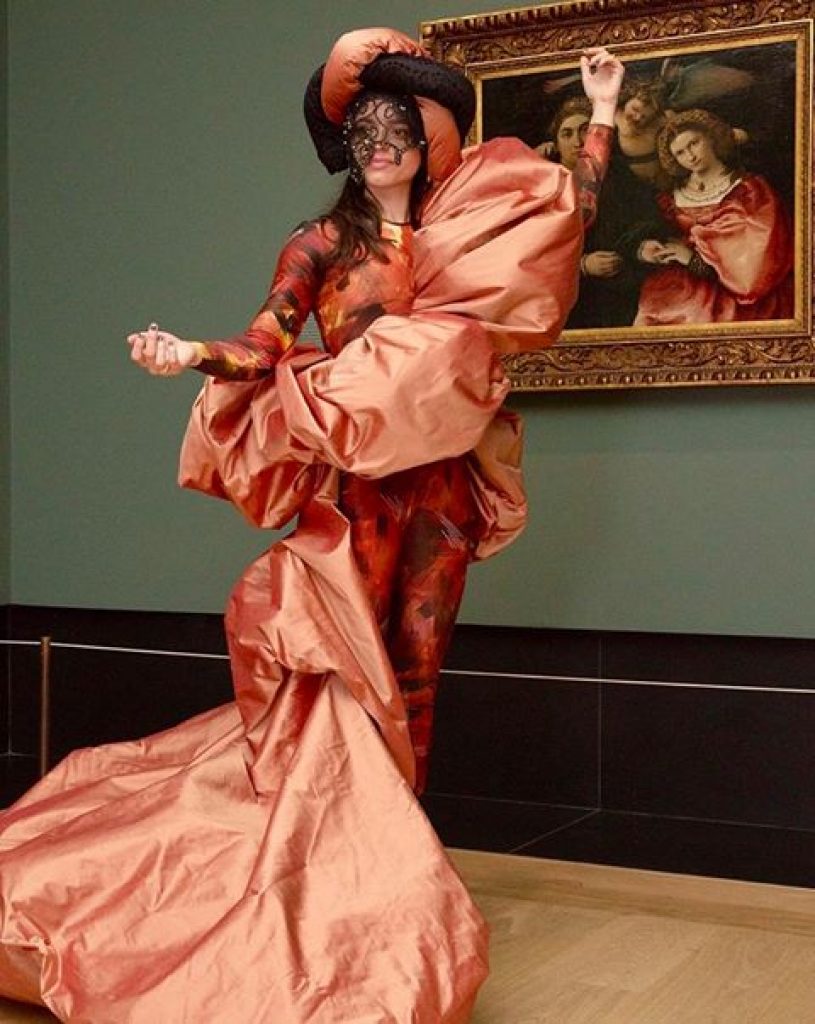 Images by Charlene Braniff, Kevin Freeman and the National Gallery 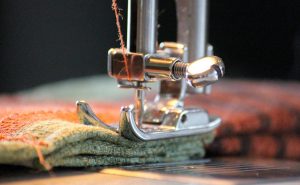 Opinion: Is There a Costume Skills Shortage?