When Film Costumes Are Recognised So Will Their Designers

While archiving significant film costumes is now commonplace many gems of the first century of film are lost. More to the point, many efforts to preserve these pieces as collections have failed despite huge collector interest.  The reason comes down to a historic failure to recognise the significant contribution of the female-dominated world of costume in the male-dominated film industry.

Film costumes occupy an unconventional space in material culture: part fashion history and part icons of popular culture. According to Deborah Nadoolman Landis – now at the top of the profession with such successes as Raiders of the Lost Ark – in the early years of cinema actors often wore their own clothes if the film was set in a contemporary period and this set the precedent for the dimished role of the costume designer.  “Nothing that appears on screen is casual or accidental – every single accessory and costume is a deliberate choice made by the designer and, ultimately, the director,” she said after curating an exhibition of Hollywood costume at the V&A.

One of the most significant controversies of Hollywood costume in recent years with a growing awareness of the importance of costume in culture was the 2011 auction of Debbie Reynold’s collection of 5000 items. She spent decades trying to sell investors the idea of building a museum in Los Angeles that would house her remarkable archive – including what became some of the most expensive film costumes ever sold including Charlie Chaplin’s hat and Audrey Hepburn’s Ascot dress from 1964’s My Fair Lady. 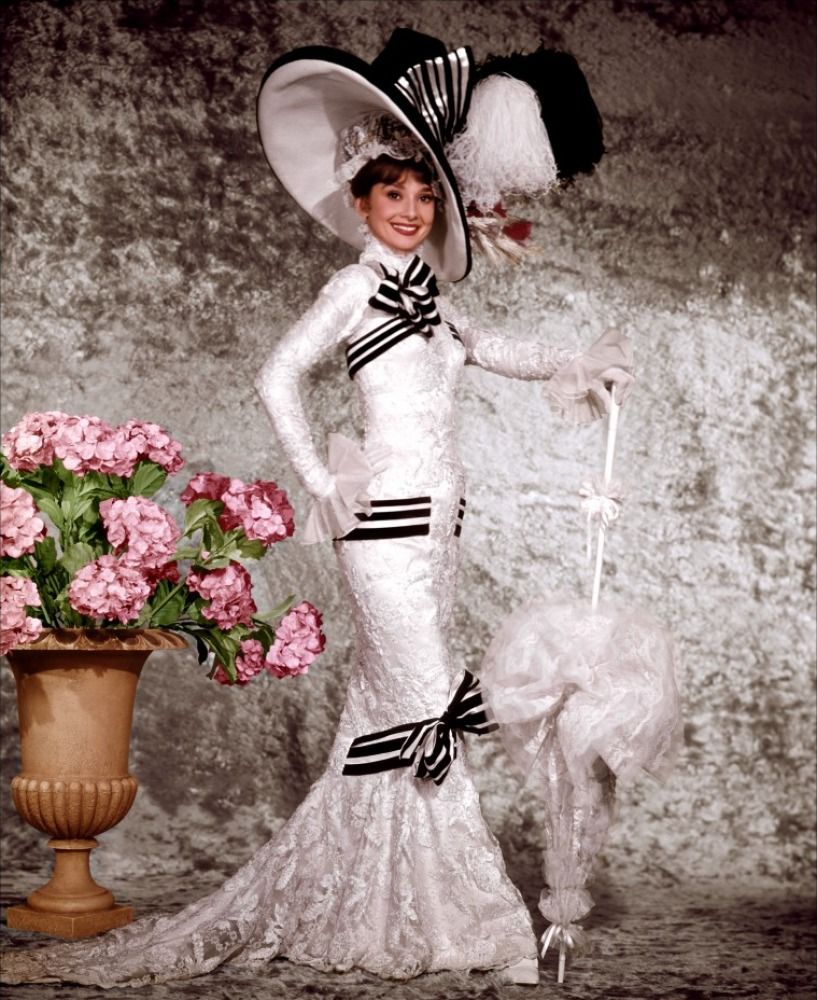 “I am really sick and tired of it. I feel that I must call it a day now,” Reynolds, the star of such classic films as 1952’s Singing’ in the Rain said at the time of the auction before her death five years later in 2016. “Over the years, I have literally spent millions of dollars protecting it and taking care of it. If you were me, wouldn’t you give up after 35 years?”

She saved many items from multiple clearances like when Fox and Paramount began to auction off items in the 1970s. Whenever possible Reynolds would buy not only the costumes from classic films but also entire sets from certain scenes so “I could reconstruct and re-create the set so you would have the whole look,” she said.

Certainly costumes have historically been seen as a superfluous decoration compared to the arts of acting and cinematography and so it is no wonder that big investors could not share Reynold’s vision of a historical and art-based museum dedicated to the work of the seamstress. Because of that lack of recognition of costumes as great works of art even iconic pieces like Sebastian Flyte’s suit from Brideshead Revisited – judged one of the top TV adaptions of all time – can be picked up on Ebay for less than a high street outfit. Most of these pieces simply went back into storage to be adapted and used in future productions. Gwen Russell told The Costume Rag how the dress she made for Michelle Pfeiffer in Dangerous Liaisons was broken down to be used in Last of the Mohicans.

This problem persists in the modern theatre as Donatella Barbieri, V&A Research Fellow in Design for Performance, gave a fascinating example of how theatre critics focus on actors and set designers despite the fact that publicity photos highlight costumes.

“In June 2011, for example, photographer Keith Pattison was commissioned by the Young Vic to photograph the production of Government Inspector. His striking images were then used by the Theatre, as part of the advertising campaign for the performance,” she said. “They eloquently reflected the absurd quality of the performance through composition, angle, colour, lighting and environment, but largely through the visual identity – eclectic, inventive and hilarious – constructed by costume designer Nicky Gillibrand. Yet of the ten reviews that were published alongside these images, only two mentioned her name.”

Thankfully attitudes are finally changing.  “The field of dress and fashion studies has also developed enormously, particularly since Elizabeth Wilson’s seminal Adorned in Dreams (1985). Scholars and curators such as Lou Taylor, Amy de la Haye, Christopher Breward, Caroline Evans, Joanne Entwistle, Claire Wilcox and Judith Clark, have together banished unequivocally the taint of frivolity that kept dress invisible as a scholarly research subject for much of the twentieth century,” said Barbieri. “Over the last twenty years, these authors have exposed dress, and occasionally costume, as a complex historical, cultural, political and social construct that articulates the body and identity. They have shown how it can be read and decoded as a visual sign, understood as shared, embodied and cultural memory – aspects that have also inspired visual and performance artists.”

Clearly this academic interest is starting to work its way into mainstream culture. The Costume Rag considered how the BBC’s 2018 series A Stitch in Time suggested a strong public interest in how historical costumes are made. And as for Audrey Hepburn’s Ascot dress, it reportedly sold for just $100,000 around the year 2000. When Reynolds sold it, having failed to convince investors to fund a full museum, the final price was a massive $3.7 million. Maybe soon her dream will come true and symbiotically as costumes are valued as precious icons of culture, so too will their makers be hailed as the skilled artisans they deserve to be.